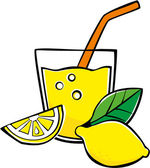 One day, on a Saturday afternoon, a little girl set up a lemonade stand. She was open for business for one day only, between the hours of twelve and three o'clock in the afternoon. During those three hours, she made a profit of over 34.7 billion dollars -- that's billions, with a "b".

The news was so astounding that I decided to share it with a friend.

"Isn't that amazing?", I asked him. "She truly has done something remarkable!"

"Not really.", responded my friend calmly.

"Not really?", I replied with confusion. "What she did certainly isn't normal. How do you suppose she made that kind of money?"

"It was probably just really good lemonade.", answered my friend. "She probably also had lots of eye-catching signs. There's nothing special, or noteworthy, about what she did."

At first I thought my friend was joking, but it turned out that he was serious. I scratched my head, in confusion, trying to understand what had just happened. We both knew that the account of the little girl was true, so I struggled to understand his position.

Not being able to relate to his perspective, I just shook my head and walked away.

I'm sure you know that the story about the little girl isn't true. If it were, you certainly would have heard about it already. It exists only to illustrate a familiar perspective that I have.

A little over a year ago, I was involved in an online conversation. A man told me that Jesus wasn't anyone special and that he did nothing extraordinary. I tried to point out undeniable facts that proved him wrong, but he maintained his position.

Let's face it, there are certain facts about Jesus that are undeniable. Jesus Christ lived a little over two thousand years ago, but good luck finding someone who hasn't heard of him. If you mention his name today, you'd have a difficult time finding someone who would respond by asking "Jesus who?"

Many people commonly use the name of Jesus when cursing. Other than the name of God himself, can you think of anyone else for which this is true? If someone is upset about something, they may yell "Jesus Christ!". Other than using the name "God" in cursing, this just isn't true for anyone else. Someone may say "For Pete's sake". But, people say this as a watered-down, PG13 version of "For Christ's sake". Doesn't that kind of fame count for something? Isn't it considered extraordinary?

If you flippantly said "no" to this question, just think. Will YOUR name be a household name two thousand years from now?

Today is March 20th, 2014 AD. Any time before AD is BC, meaning "before Christ". Shouldn't it be considered remarkable that we would reference all of time to the birth of a person?

Let me put it another way. Most of us are going to die someday. After we do, would we even be close to being remembered just 200 years after our death? Most of us will only be thought of if a descendant of ours decides to research their family tree. Other than that, we will certainly be forgotten.

There are, of course, some people that we remember today who have died a long time ago. Isaac Newton, Abraham Lincoln, and Benjamin Franklin are a few examples. Their names are recorded in history books that will be taught to future generations. Most people would say that this is so because each of these men did something special, or noteworthy. But when the name "Jesus" is mentioned, a name that virtually everyone knows, there are some people who say that he didn't do anything special. They say this even though we reference all of time to his birth. No one ever considered referencing all of time to the birth of any of the three other examples that I mentioned.

To make matters even more astounding, consider this. The fame of Jesus was accomplished based on his ministry, which only lasted about three years. Most of his life before that, was spent in relative obscurity. Three years -- that's less time than it takes a lot of people to get a college degree. However, some still maintain that Jesus was no one special, and that he did nothing special.